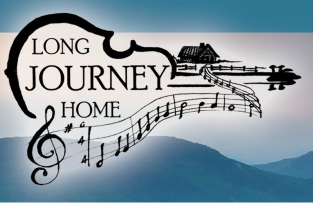 FOR IMMEDIATE RELEASE
CONTACT: Cristy Dunn
PHONE: 423-957-6346                                                                                                                     EMAIL:cdunnoriginals@hotmail.com
​
LONG JOURNEY HOME 2019
​“LEGACIES”
Just about as far northeast in Tennessee as you can get, you’ll find a county that is half Cherokee National Forest and half Watauga Lake. Nestled within those hills, lies Mountain City (appropriately named), and each year a celebration takes place honoring the iconic Old Time mountain music style that shaped country music as we know it.
The four-day Long Journey Home Tour and Festival spans over Labor Day weekend, August 29th through September 1st. .This year’s theme is “Legacies”. The fun begins on Thursday with a kickoff dinner and square dance with authentic Old Time fiddling. On Friday evening, Buskin’ on Main Street brings the small town to life with music, friends, and good eating. The newest Appalachian Memory Keepers Film, Short Life of Trouble: The Legend of G.B. Grayson, will premiere at dusk. Grayson, whose short career produced The Ballad of Tom Dooley, Train 45, Handsome Molly, and about 40 other songs that became the standards of Bluegrass and early country music.
On Saturday, August 31st, the Musical Heritage Homecoming Tour begins at The Old Mill Music Park, where the Kody Norris show will perform more music from G.B. Grayson. The next stop is in downtown Mountain City, where the new mural series, “Legacies” will be unveiled. The mural was painted by participants in the mural workshop, led by artist, Cristy Dunn and each one represents a Johnson County album that influenced the history of early country music. This new mural is the sixth in a series that honors the musical heritage of Johnson County. Guests are encouraged to bring a quilt or lawn chair and be ready to take a trip back in time as you experience Clarence “Tom” Ashley’s signature clawhammer banjo style played right on his front porch by Kenny Price, who learned from Tom himself. Saturday’s tour concludes, as always, at the Fred Price Homeplace, nestled high in the mountains. The Piney Woods Boys will perform selections from the album, Old Time Music at Clarence Ashley’s, Doc Watson’s first album, now on the National Recording Registry, followed by an open community jam. Long Journey Home closes with a traditional gospel Sunday Singin’ at historic Heritage Hall in downtown Mountain City on Sunday at 2pm.
“It’s about as real as it gets. If you were wondering whether authentic Appalachia still exists, look no further.” 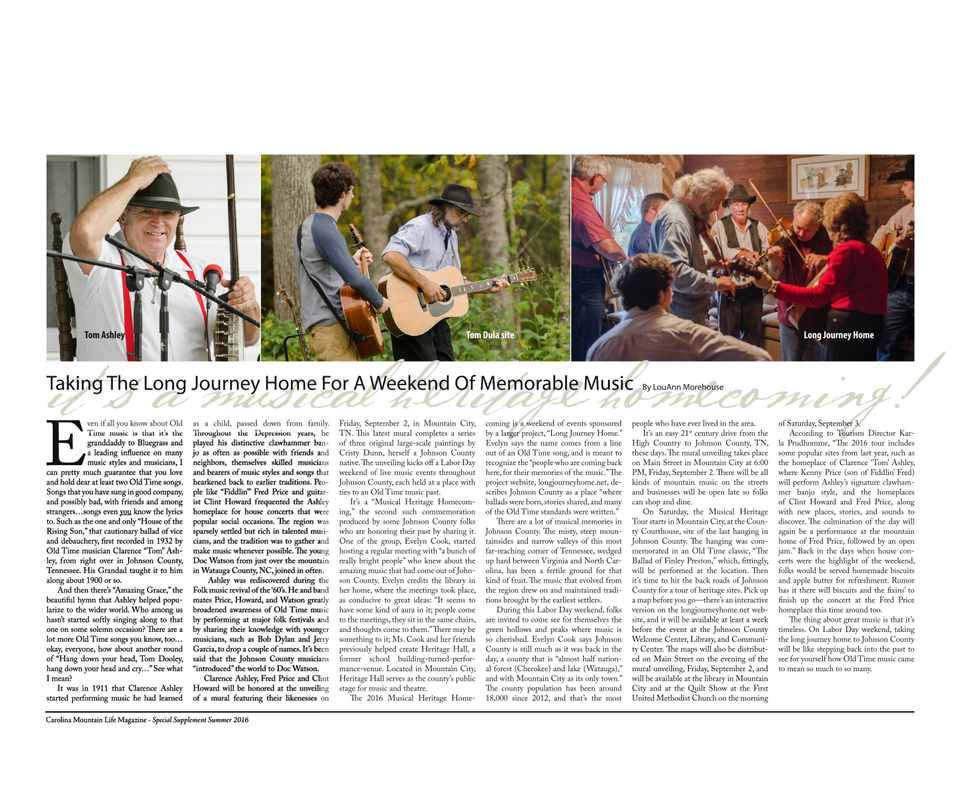